Today we’re interviewing Luis, our fun-loving Finance Associate who has a passion for music, dancing, and martial arts!

Tell us about yourself?

My hobbies include dissecting lyrics of songs that I like, translating them and seeing if they sound funny in German 😀 . In my spare time I play the guitar, typically playing anything from Latin songs to cool rock riffs. I often sing as well, though I wouldn’t say my singing is very good at all! Music is really important to me, and I don’t just play, I also love listening to rock (alternative, grunge, hard, thrash, oldies), pop music, hip hop/ rap (mainly old stuff, not a big fan of mumble rappers), reggae, dance hall with Caribbean vibes. When the opportunity arises I won’t turn down a dance, especially when I’m out and socializing with people. I’m also a king at poker!

I’m quite a chill person I would say and try not to take everything too seriously, I always think it’s much better to laugh than to cry. I was drawn to Berlin because it is such a unique city with its own cool vibes. I’m so happy to live in a place that has such a rich culture and appreciates music. At university, I studied Accounting and Finance, and now I’m working for Labforward as a finance associate. 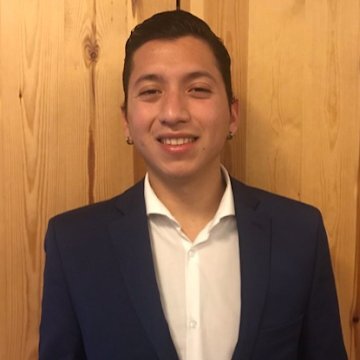 When I was 8 years old, I went to the US for Taekwondo training. There were a considerable number of female martial artists and I was in line to spar with some of these girls. I unfortunately did not know that they were all black belts. It didn’t take long for me to almost get knocked out by one of them. It is an experience that I will never forget. An experience that ultimately taught me that girls can be very tenacious. Even though I was quite the fighter, there were girls that exceeded my technique. So it was a nice life lesson for me that I should never underestimate my opponents.

If you could have any animal in the world as a pet, what would you have?

I’d hands down have a Panda. Just because I would have a field day with a panda hanging out in my living room.

Why did you join Labforward?

I joined Labforward for three reasons. The first is because the start-up culture really appealed to me- there’s something incredibly rewarding about working for a company that is trying to help people and make their jobs easier with digital tools. The second reason is that I really respect researchers all over the world. I wanted to assist indirectly with their scientific discoveries by working for a company specializing in connecting the laboratory environment. The fact that Labforward aims to do this still seems amazing to me. Finally, I joined because the people are lovely. I think it’s really a bonus to work with people who are motivated, considerate and friendly. It’s one of the main reasons why I love working at Labforward, the people and the culture are just great, making you happy to come to work each day.

What is your main role?

What is your main role?

My job title is Finance Associate. So this means that I am responsible for financial operations, reporting, and analysis. I have been involved with the fundraising of the company via creating investment models, changing the structure of the reports, and automizing financial processes. From my experience at Labforward, I have learned to become a professional. Also, my experience helped me understand that there are always improvements to be made, so I constantly look for innovative ways of doing things!

What excites you about your job?

What excites you about your job?

I love working with numbers as I like it when everything sums up and makes sense in accounting. Furthermore, I enjoy deriving information from numbers.  To me, it’s an exciting job, and it helps that I work alongside a team that is always ready to help. My colleagues and I rarely ever argue as we always seem to be aligned on the same goals. Because of this, working together is never a problem and I always look forward to having meetings with my colleagues.